We are pleased to announce that Kainen Law Group received a Tier 1 ranking in the 2019 Edition of U.S. News – Best Lawyers “Best Law Firms.” 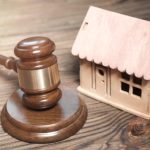 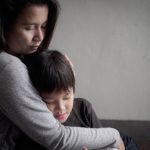 Can I Terminate My Ex’s Parental Rights?

Some parents in Nevada have experienced neglect and abandonment by their co-parent or spouse, leaving them with what can feel like the enormous burden of caring for their children alone. If that parent believes the other parent is a dangerous influence, or if they meet someone new, the question of terminating that parent’s parental… Read More »

Can I Keep My Inheritance During Divorce?

Let’s say you received a generous $5 million inheritance from your Uncle Bob last year. You were so sad to lose your Uncle Bob, but the legacy he left you made you feel loved and financially secure. Indeed, your family’s financial security — especially your retirement — was no longer a source of worry… Read More »

Divvying up a business after divorce

When couples start a business together, they pour their hearts, souls and bank accounts into making the Nevada startup grow. A divorce can have serious consequences for the business, particularly if spouses cannot come to a workable agreement regarding division of the company. However, there are several options for keeping the business alive after… Read More »

Gay couples moving to protect their parental rights under Trump

Even with marriage equality the law of the land, many gay parents still find themselves having to fight for custody or even visitation of children they’ve raised, sometimes since birth, because they aren’t considered the child’s legal parent. If a couple breaks up or if the biological or legal parent dies, the other parent… Read More »

Keeping as much of your property as possible is probably one of your priorities if you’re getting a divorce in Nevada. There is also the question of responsibility for debts. Perhaps you feel that your spouse should be more responsible for certain debts incurred during your marriage. Since Nevada is a community property state,… Read More »

The connection between divorce and domestic violence

Nevada spouses might be surprised to hear how many times spouses try to hide assets during a divorce. In fact, at Kainen Law Group, PLLC we have seen cases where spouses engaged in elaborate plans of deception to hide large amounts of income and assets during marriage as well as during the divorce process… Read More »