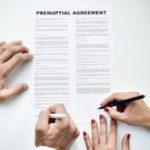 When two people get married in Nevada, there is generally an expectation to always be honest with each other, for both the health of their finances and of the marriage itself. However, some people choose to take a further step and execute a prenuptial agreement, often referred to as a prenup. If this is… Read More » 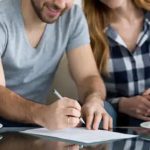 Prenuptial agreements have become more and more common over the past decade or so, simply because the nature of marriage has changed and more spouses want to ensure their assets are protected. This is especially true in community property states like Nevada, where everything is split 50-50 in all but the rarest cases at… Read More » 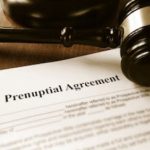 What Can’t I Put In My Prenup?

Prenuptial agreements are more commonplace than ever, especially among people who are more prone to marry later, with more assets. They are a smart way to safeguard property so that future division, either in probate or divorce, does not necessarily need to involve decisions by a court. However, many couples are unaware that there… Read More » 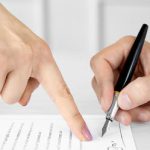 What You Should Know About Safeguarding Your Nevada Prenuptial Agreement

When a couple decides to execute a premarital agreement, also called a prenuptial agreement, there is often a fair amount of dispute as to its exact construction. One of the most important criteria that most couples want their prenup to have is enforceability. If a couple does not create and sign the prenup in… Read More » 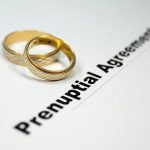 In community property states like Nevada, all property acquired during the marriage is presumed to be split 50-50 in the event of a divorce. Nevada law states that any inheritances, gifts or bequests granted to one person are theirs – but it can sometimes be difficult to determine if the grant is to one… Read More »

Ensuring Your Prenup Is Enforceable

More and more couples are utilizing Prenuptial Agreements, also called Prenups or Premarital Agreements, to protect their assets and remove control of the division of assets from the Court’s discretion in the event of a divorce. However, mistakes in drafting or execution of the Agreement creates a risk that the agreement will be declared… Read More »

Do accounts in my name need to be included in a prenup?

When many people get married in Nevada, they mistakenly assume that existing accounts that remain solely under their name are their exclusive property and will stay under their control in the event of a divorce. This may sound logical, but you might find that the truth can often be far different. Forbes.com details the… Read More »

As the acceptance of prenuptial agreements has grown among Nevada residents in recent years, so too has the realm of the types of protections these contracts may provide. Gone are the days when prenups are thought of as only for the very wealthy or for those with celebrity status of some sort. Equally gone… Read More »

What needs to be in your prenup?

Before you tie the knot in Nevada, you and your significant other may wish to create a prenuptial agreement to protect your personal assets. Here are a few ideas about what you should include in this agreement. You probably are not going into the marriage with the aim of getting divorced, but in an… Read More »