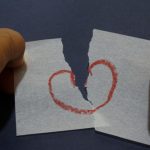 Annulling A Marriage In Nevada

Las Vegas is often known as a place for quick marriages. As a result, Nevada courts do see their fair share of annulments. However, it is important to understand the difference between annulment and divorce. Not all marriages are eligible to be annulled, and even if your marriage fits the criteria, other issues may… Read More »

As the dispute between reality television star Kim Kardashian and her (hopefully) soon-to-be-ex husband, basketball player Kris Humphries drags on, many Las Vegas readers are wondering what the big deal is and why they cannot come to an agreement. One of the major factors at play here is that the two cannot decide what… Read More »

Allegations that he is married to two women at the same time have led a small town mayor to resign from his job. Local media in the town where the man served found a complaint filed by the former mayor’s second wife seeking an annulment for a marriage that they entered into about a… Read More »

After divorce, who gets the engagement ring?

Although Kim Kardashian and Kris Humphries were only married for 72 days, their divorce process has already dragged on for more than six months, with no end in sight. In fact, their next family court appearance isn’t scheduled until August. Throughout those six months, the estranged husband and wife have disagreed on whether to… Read More »

When you make the difficult decision to separate from your spouse or end your marriage, you will likely find yourself in a complicated new world full of difficult choices and confusing legal options. Even the most basic decision – whether to seek an annulment, a legal separation, or a divorce – can be daunting… Read More »