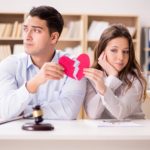 Most states allow married couples who just aren’t ready for divorce to file for a legal separation. The reasons for wanting this separation can be numerous, such as because of health care coverage, religious readings, Social Security benefits or family benefits among other things. Legal separations, however, can have a dramatic effect on your… Read More »

What are the different kinds of legal separation?

Rather than going into divorce proceedings, many Las Vegas parents decide to enter into a legal separation. For some spouses, a legal separation could come with some specific advantages, particularly for spouses with complex financial situations that could take time to organize leading up to a divorce. This article will discuss three primary types… Read More »

Legal separation as an alternative to divorce

Through legal separation, Nevada couples can dissolve different parts of their marriage agreement without actually finalizing their divorce. Legal separation is an excellent way for married couples to take a long-term break from their marriage — especially in cases where either one or the other spouse is not quite certain about beginning divorce proceedings…. Read More »

The financial risk of a long trial separation

Some couples who are thinking of getting divorced like to have a trial separation first, giving them a chance to live apart without doing anything to make it legally official. This gives them a better sense of what it’s like so they can make a more informed decision. This can be helpful, but it’s… Read More »

No one has ever said that divorce is easy. Indeed, it can be a complicated, emotional and difficult process to dissolve your marriage, but that does not mean that it has to be the worst experience of your entire life. At the Kainen Law Group, we take great strides to make the divorce process… Read More »

How can a legal separation help married couples?

Many married couples who fall upon a difficult time start to question their marriage. If they decide that they don’t want to be with this person anymore, sometimes it is best to fully think through that potential life change before actually acting upon it. This is where legal separation can come in and help… Read More »

What divorce is and is not

A quick search of the Internet will provide you with just about anything you want to know about divorce. Some of the information might not apply to you; some might. No matter what you have come to think about your own divorce, you really should try to learn as much as possible about the… Read More »

Every family will go through good times and bad times. Sometimes the latter will seem to last forever; sometimes the former will lift you out of those dark times. But sometimes, the spouses realize that their time together has reached its end. Legally achieving that end, though, is not necessarily an easy task if… Read More »