What To Look Out For In Your Military Divorce 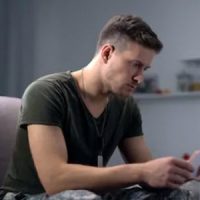 Nevada is home to several military bases, with Nellis and Creech Air Force Bases near enough to Las Vegas where many servicemen make their homes in the area. Servicepeople marry and divorce like anyone else; however, there are certain unique regulations that have to be dealt with while going through the process. If you are divorcing your spouse and one or both of you is a servicemember, it is a good idea to call on an attorney to help clarify any issues that might crop up.

One of the most important variations in military divorces is that while a civilian divorce can only be delayed in very rare circumstances, a military servicemember may delay certain types of civil proceedings (including an impending divorce) if they are unable to properly respond to a petition or complaint. Normally, a divorce requires an answer from the respondent party, but if the servicemember is stationed overseas or otherwise not immediately reachable, the Servicemembers’ Civil Relief Act (SCRA) allows them to request to postpone the proceedings.

If the SCRA does not apply, you may actually be able to proceed more quickly in Nevada than you could if you have a domicile in another state. Nevada has historically been a no-fault divorce state, with a six-week residency requirement for divorces, as opposed to the 1-year and 3-year periods of some other U.S. states. If there is no other legal reason to delay your divorce proceedings, the decree can be had, on the average, in less than 1 year (though of course, every case is different).

The other major area where a military divorce will differ from a civilian divorce is in dividing certain benefits, namely pensions and retirement accounts. The Uniformed Services Former Spouses’ Protection Act (USFSPA) gives state courts the right to disburse military retired pay as either marital property (in equitable distribution states) or as part of the community property, in community property states like Nevada. This does not automatically give a spouse the right to any retired pay, but it allows the court to grant it to one or both spouses based on the duration of the marriage and the time the servicemember was married while in the military.

It is important to understand that if you have been married for at least 10 years, and during that time, one or both of you performed 10 years of creditable military service, USFSPA will permit DFAS to pay a non-service member spouse directly. If you have not been married for 10 years, this does not mean that you are not entitled to any property – it merely means that you will have to work out an arrangement with your soon-to-be ex-spouse on your own on how payments will be made.

Divorce can be confusing even for civilians, but the different rules required by the military can make things even more intimidating. If you or your spouse is a servicemember and you have questions about an impending divorce, calling a Las Vegas military divorce attorney from the Kainen Law Group can be a huge help. Contact our offices today to speak to an attorney.

By Kainen Law Group | Posted on November 12, 2020
« Is My Inheritance Community Property?