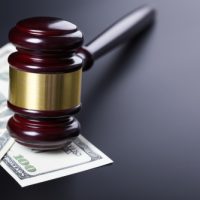 In many Nevada divorces of sufficient duration, alimony may be awarded if there is enough of a gap in the parties’ income. However, in high-end divorces, there can be particular circumstances which may result in larger payments than one might expect.

Unlike child support, there is no hard and fast formula that the state of Nevada uses when calculating an appropriate award of alimony. In a divorce between two people with similar incomes, or between two people who make enough to survive on, alimony may not be awarded, and it may be easy, if alimony is a consideration, to negotiate an acceptable sum. In divorces with substantial assets or a larger income gap, however, such negotiations may become more complicated by virtue of property division of income producing assets and the lifestyle the parties lived during the marriage.

The relevant statute is somewhat vague, referring to awarding “such alimony … as appears just and equitable.” An amount that appears “just and equitable” to one spouse may appear extremely disproportionate to the other, and it is not \uncommon in Nevada divorces for alimony to be litigated and the judge to have to rule on the issue and determine the amount.

The relative age of each party does matter in discussing alimony; it is often even more important in a high-end divorce, in part because a younger spouse can lose out significantly if an alimony award is not structured properly. For instance, there is case law in Nevada that where one spouse is older and potentially infirm, a monthly payment may not be appropriate as alimony generally terminates upon the death of either spouse and the Supreme Court ruled that the trial court had abused its discretion in not entertaining the possibility of awarding a lump sum alimony to avoid a potential and likely early termination of the support.

Age is only one factor that must be weighed, alongside many others (such as the current and future earning potential of both spouses, the length of the marriage and any obligations on one spouse or the other). It can be an important factor, because one of the main points of alimony is to address income inequalities and ensure that a spouse does not become a public charge. If an alimony award turns out to be illusory, it can totally upend the obligee’s financial future.

Alimony is one of the most hotly debated topics in many divorces. It is helpful have a knowledgeable attorney on your side during a divorce where alimony is an issue. The attorneys at the Kainen Law Group are happy to sit down with you and try to answer any questions you may have. Contact us today to set up an initial consultation.