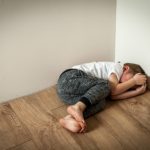 What Makes A Parent Unfit?

In dealing with issues of child custody and parenting time, all discussion is predicated on the assumption that both parents are fit to take care of children. In some cases, this is not actually the truth. Parents are often declared unfit, for a variety of reasons, which may then require alternative arrangements be made… Read More »

There are times when a parent or parents may prevent a grandparent, relative or other person with whom a child has formed a close relationship from seeing the child. The Nevada legislature recognizes that in some cases, third-party visitation should be allowed and granted. Third parties may petition the court for a visitation order… Read More »

About third-party visitation rights in Nevada

There are times when grandparents or other relatives may wish to seek visitation rights for a minor child. Fortunately for them, Nevada law provides some situations in which courts can grant visitation to third parties such as grandparents. In some circumstances, a parent will restrict the rights of grandparents to visit a child. In… Read More »

Divorces typically come with conflict, ranging from minimal to extreme. When children are involved, the process can become increasingly complicated. Child custody battles in Nevada, like those in other states, can cause great emotional stress on both the children and the parents. Deciding on the best custody arrangement for all involved is a serious… Read More »

In a typical day, kids’ worries might include getting to the right school bus on time, not getting chocolate milk in the school cafeteria or not getting an “A” on the most recent spelling test. Adjusting to a completely new home life following their parents’ divorce adds an entirely new level of stress to… Read More »

When a parent is unable to adequately provide for the care and safety of their child, family members often step in to help. This can be an excellent solution for all involved, and can give the struggling parent a chance to get back on track and regain full child custody rights of their child… Read More »

How are child custody disputes resolved in Nevada?

One of the main issues many divorcing spouses are faced with is child custody. Nevada residents would agree that most parents would like to spend an equal amount of time with their children. A recent article, written by a Family Court judge from another state, reviewed some of the factors that courts consider to… Read More »

When it is necessary to ask for a custody modification

For many Nevada parents, the transition into a co-parenting role in the months following a divorce can be difficult. When a family has been functioning in a certain manner for a period of time, any form of change can be a challenge. When parents begin living in different households and divide parenting time, there… Read More »

Members of the Armed Forces sacrifice a great deal to protect our nation, even in times of peace. Deployed in an increasingly hostile world, however, they are asked to risk even more. Yet despite the great sacrifices and dangers that our service members make and face every day, military deployments are frequently used against… Read More »