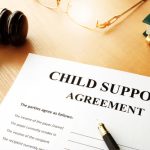 Often, guidelines and laws are not identical. Nowhere is this more evident in the legal field than in dealing with child support issues. Most states in the U.S. have adopted what are referred to as guidelines for accurately assessing what amount of child support a parent should pay, Nevada included. However, they are called… Read More »

Sometimes, a child support order that made sense when you got divorced no longer fits your situation. If you lose your job, for instance, or suffer an injury that makes it impossible for you to work, you simply can’t afford those payments. However, if you don’t have the order modified, you’re still expected to… Read More »

Are you in danger of falling behind on child support payments?

Las Vegas fathers and mothers who need to pay child support are generally eager to provide for their children in this fashion. However, in some cases, life situations change and the paying parent’s income or source of funds can get interrupted. Job losses, job changes, or sudden expenses could happen unexpectedly to hinder a… Read More »

Know your rights when you’re divorcing someone in the military

If you’re married to someone in the military and you’re contemplating divorce (or your spouse is), it’s essential to know your legal rights and what benefits you and your children are entitled to receive. Military retired pay is an important factor. Many people believe that a military spouse can only receive a portion of… Read More »

The impact of child support delinquency on your credit

If you have been ordered by a court to pay child support, it’s essential to make these payments in full and on time. The penalties for not doing so can be serious. Here in Las Vegas, as in many other places, they can include significant fines and even jail time. Another potential negative effect… Read More »

How are a child’s ‘best interests’ determined?

In family law, the concept of what’s in a child’s “best interests” has generally become the standard when courts are asked or required to step in and make these decisions in divorce cases. That happens when parents can’t agree on custody and visitation arrangements or other matters impacting their children. The goal of this… Read More »

Can child support be negotiated?

Child support under Nevada family law is determined by the court and covers food and shelter along with clothing and utilities. Nothing prevents parents from negotiating additional payments by the non-custodial parent and even settling for less under certain circumstances. Why would a custodial parent settle for less than the court’s child support guidelines?… Read More »

Financial management after a divorce

Divorce is a painful, emotional time for most couples. Afterwards, you may feel as though you’ve made it — that you’re free of the hardships the divorce has caused. However, when it comes to finances, you can quickly find that yours aren’t doing so well after your divorce. Here are some financial management tips… Read More »