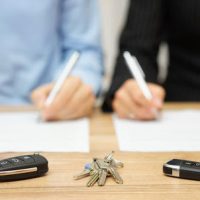 Nevada is one of nine states that still uses the community property system of asset distribution upon divorce, which means that unlike other states where assets are evaluated and distributed according to equity principles, everything in Nevada is divided as close to equally as possible. However, in this day and age, fewer couples are actually marrying, with many choosing cohabitation over legal wedlock. This can open up interesting problems and questions if-or-when the couple decides to go their separate ways, most notably with regards to asset distribution.

While in theory, one might think that a cohabiting couple has no real right to divide their assets like those of a married couple, simply because they are not married. However, Nevada recognizes that in some situations laws intended for married couples may apply to those who prefer to cohabitate. Case law such as Hay v. Hay (1984) originally argued that it was not equitable or fair to allow one half of a couple to potentially walk away with assets gained by both parties; however, over time the ruling in Hay has served to underline an ideological shift.

That shift still persists to this day, and it can be explained simply by stating that Nevada courts have ceased to see marriage as the proverbial end-game for all couples. If one spouse in a marriage absconds with community assets, the other spouse is deprived of their fair share, which would carry legal consequences. If the same scenario occurs with a couple who is merely cohabiting rather than legally married, it makes no sense to allow the conversion of assets rather than to make the aggrieved party whole.

Sharing Property “As A Married Couple”

While it is possible on equity grounds to request that property be divided under the concept of community property, it will not happen if you and your partner do not take certain steps to establish yourselves as a couple, even if you are unmarried. In other words, you must establish your relationship in a way that would make it inequitable to simply allow one party to walk away with more assets from the relationship than the other. The way to do this is to agree, preferably in writing, to hold property together in the same manner as a husband and wife, and to act on that agreement.

Examples of holding property together can be found in cases such as Western States Constr. v. Michoff (1992). In Michoff, a man and a woman co-owned a business together, filed joint tax returns, lived together and generally held themselves out as a married couple, with the woman even changing her name legally. While no written agreement was made between the two, the Supreme Court of Nevada nonetheless ruled that given the woman’s acknowledged role in the growth of the business, both in name and in effort, it would be inequitable not to award her half the interest in the relevant business, even though she and the man were never legally married. The couple appeared married in all the relevant respects; there was reliance on the agreement to divide the business in half. To deny such an agreement would be in bad faith.

While cohabitation is not a marriage, this does not mean that the principles of equity and fairness cannot apply to cohabitating couples. If you have questions or concerns about your relationship and your property, the attorneys at the Kainen Law Group may be able to help you make sense of the issue. Call us today to set up an initial appointment.