Red Flags To Look For In Your Nevada Prenuptial Agreement 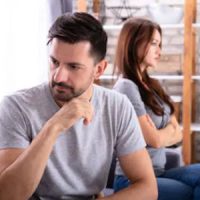 Many couples in this day and age are choosing to execute premarital (prenuptial) agreements, to protect their rights and ensure that any potential divorce will be as equitable as possible. However, not all such agreements are created equal; there are a series of potentially problematic issues that can mean trouble if they show up in your agreement. Consulting an experienced family lawyer is a good idea if you believe that your prenuptial agreement has any of these “red flags”.

A prenuptial agreement is a contract between spouses, with the same legal force as any other contract. This means that there are specific requirements for a valid prenuptial agreement. Among other requirements, the two future spouses have to be on the same page in terms of marriage plans, asset distribution, and all other financial matters. If they are not, then technically no contract exists.

These issues are often manifested by one individual not fully disclosing their financial state and assets to the other. The relevant law holds that a prenuptial agreement is unenforceable if one party was not provided with a full disclosure about the other party’s property and financial situation, including both assets and debts. Without a fair and reasonable disclosure, no actual contract can be said to have taken place.

No Force Or Duress

Another major “red flag” is if one party essentially forces the other to sign the agreement, either literally or by removing any other possible choice – for example, waiting until the weekend before the wedding to spring the draft agreement on the other party. Duress will make an agreement unenforceable because a prenuptial agreement may cover essentially most every aspect of marriage and divorce except for child support and custody. If one party does not have the ability or the time to review the agreement before signing, they generally cannot be said to have made a decision of their own free will.

In addition, it may be argued that duress comes into play if the proposed agreement contains terms so unreasonable that an average person would be “shocked” by them – that is, if one party is in theory required to abide by unreasonable terms, those provisions or the entire agreement, may be rendered unenforceable. These terms are referred to as being “against public policy”, and most judges will not agree to requirements in an agreement that are against public policy, because terms like this are fundamentally unfair to one or both parties.

A prenuptial agreement is a necessary tool for many couples, but too often, if you try to execute one yourself, it can wind up being unenforceable or otherwise problematic. The Las Vegas family lawyers at the Kainen Law Group are well versed in this area of law and are happy to try and assist you. Contact our office today for personalized attention.