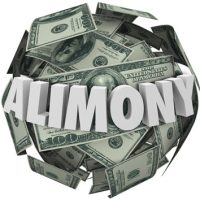 Alimony, also called spousal support, is part of many divorces, though it is not mandatory. Despite how common it is, alimony is an extremely misunderstood aspect, especially in divorces where children and child support are also involved. If you are obliged to pay alimony to your former spouse, it is a good idea to familiarize yourself with what that obligation actually entails, and whether or not it may end at some future date.

Nevada law unofficially recognizes four types of alimony. Three are related to temporary support. Although there is not an official difference spousal support can either be ordered to be paid during divorce proceedings and/or afterward. Generally, either can be granted if one spouse has little or no income for a short period, or if they experience financial hardship due to the proceedings (for example, having to pay for daycare for children while attending court).

Another type, rehabilitative alimony, is also temporary, but it differs from the first two because it is usually granted for a set period, and it is granted specifically “for the purpose of obtaining training or education” in preparation for entering (or re-entering) the workforce. As such, it is used most often by stay-at-home parents who have been out of the workforce and need to ‘catch up’ in their field or find a career to support themselves. “Permanent alimony,” the last type, is fairly self-explanatory, but is not often awarded, and it is not technically permanent in that there are conditions which can halt its payment including but not limited to the death of one or both spouses.

How Alimony Begins And Ends

Alimony is awarded in Nevada after the court considers a fairly extensive list of factors regarding the marriage and both spouses. The court will consider the financial situation of both spouses without alimony, the length of the marriage, the contributions of each spouse including contributions as a homemaker, and multiple other questions, all in an attempt at arriving at the most equitable decision possible. The court does not intend to bankrupt either spouse, and it is against public policy to impose alimony payments that the obligor cannot pay.

“Permanent alimony” generally ends when one of the spouses dies or remarries and occasionally if the spouse begins to cohabitate with another person in a conjugal, supportive relationship (as opposed to as roommates). Nevada law holds that cohabitation will only terminate alimony payments if the spouse living with the new person is being supported financially – the mere act of carrying on a conjugal relationship with another person is not enough to lower or discontinue payments.

While alimony sounds straightforward to many, it can become complex very quickly. The zealous Las Vegas alimony attorneys at the Kainen Law Group are happy to assist you with your alimony questions, and will work hard to ensure a fair result for all involved. Call us today at 702-823-4900 to set up an initial appointment.