What To Expect When Relocating With Your Children 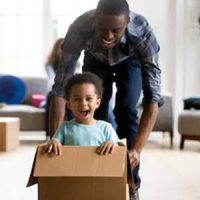 Recently, with the country in a constant state of upheaval, many people are deciding to pull up stakes and try to find better opportunities in other states. However, if you are deciding to move for any reason, and you have children, you may not simply uproot yourself without notice, or you risk losing custody. A dedicated family lawyer can be of great help.

In 2015, the Nevada legislature made significant modifications to the relevant law surrounding custody and visitation, with the largest change being the establishment of presumption of joint physical custody of children in the absence of any other determination, regardless of the parents’ marital status. In other words, if there has been no legal determination of who has custody of a couple’s children, the court will treat them as if both parents have joint physical custody until another type of custody is awarded. This matters because if you both have custody of your children, one parent cannot just move with the children.

Under the old law, one only had to obtain permission from the noncustodial parent (or non-relocating parent) if the intended move was out of state. Since the change, the law is applied differently. Now, the law states that if one parent seeks to relocate either outside the state, or to a place within Nevada that is far enough to “substantially impair the ability of the other parent” to preserve a meaningful relationship with their children, the relocating parent must obtain written permission from the other parent or the Court before the move.

The noncustodial or non-relocating parent will often consent, but if they do not, all is not lost. You may be able to petition the district court for permission to relocate, provided that you are able to establish that there is a “sensible, good faith reason” for your intended move, and that you are not just trying to deprive the other parent of their time with your children. Above all else, it must be shown that moving is in the best interests of the child or children; the state of Nevada’s primary public policy is always going to be acting in the best interests of the child.

Relocation can be the first step in a fresh start, but it must be done properly, and it must be done while giving your co-parent notice about the move and the ability to remain in your children’s lives. If you have questions or concerns about relocation, an experienced Las Vegas child relocation attorney from the Kainen Law Group can be of help to you. Call our offices today to schedule an initial consultation.