Close Menu
+
Las Vegas Divorce Lawyer > Blog > Divorce > In A Nevada Divorce, Who Gets The House?

In A Nevada Divorce, Who Gets The House? 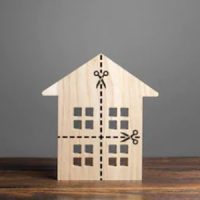 When two people are getting a divorce, asset division is understandably a paramount concern. In Nevada, property acquired during the marriage is community property, and must be divided (in most cases) equally, in a 50-50 split. With smaller assets, this can be a fairly straightforward process, but with the marital home, it can become more difficult.

Nevada is one of nine states where a community property system of asset division is used, which means that anything acquired during the marriage will be divided 50-50 upon divorce. There are rare exceptions, but generally, the equal distribution is the result. However, this can sometimes pose a problem when dealing with large assets, many of which wind up being sold so that the proceeds can be distributed.

In many cases, the spouses are able to negotiate an asset distribution, which can then be submitted to the court. However, if necessary, the court is able to make a distribution on its own. There are a host of different factors that a court may consider to determine an asset’s distribution, including the financial position of both spouses, the best interests of any children of the marriage, and the length of the marriage.

Who Gets The House?

The issue of who gets to remain in the marital home can be a contentious one. If you have younger children, it can be an added stressor if they have to move during a divorce, or you may want or need to remain in the same house for professional reasons. Either way, the court will consider different factors and make a determination about the fate of the home.

There are generally three options to deal with this issue: the home is sold and the proceeds divided, the home is refinanced and one spouse ‘buys out’ the other so they can remain there; or occasionally the refinance and buy-out happens only after a decided event – for example, once all the children have graduated high school.

The home that you have known during your marriage can be difficult to let go, but sometimes, it is the best option. If you have questions on this issue or anything else regarding your divorce, contacting the dedicated Las Vegas divorce attorneys at the Kainen Law Group can be the first step toward getting them answered. Call our office today to speak to an attorney.