What’s In A Nevada Surrogacy Contract? 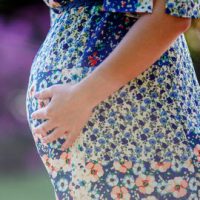 Nevada has a reputation for being one of the most friendly U.S. states for those looking to investigate assisted reproductive technology (ART). While some states still classify forms of surrogacy as illegal, Nevada is more open, understanding that many couples who badly want children to love may not be able to physically bear them. However, it is still important to understand exactly what a surrogacy or gestational carrier contract sets out, and what rights and responsibilities you will have under one.

It is important to keep in mind that while there has historically been a difference between a surrogate and a gestational carrier of a child – a surrogate is also the egg donor, while a gestational carrier provides no biological material to the child, merely a place to develop – many use the terms interchangeably. Traditional surrogacy, where the carrier is also the egg donor, is not common in Nevada. Gestational agreements, under which a woman carries a child to which she is not related, by comparison, are not only welcomed in Nevada, they are required before starting a surrogacy proceeding.

Unlike in many other states, a gestational carrier in Nevada may be compensated for her time and expenses. Nevada also permits couples (and single people) to enter into gestational carrier agreements in the state that might be barred elsewhere – for example, a single woman, a same-sex male couple, or two unmarried people are all permitted to enter into surrogacy contracts with willing carriers.

Nevada law is quite clear about the criteria that a contract must meet in order to be enforceable, and it is also clear that both the intended parent or parents and the potential gestational carrier must have independent counsel review the agreement before anyone signs. NRS 126.750 sets out a list of conditions that must be met in order to enforce an agreement. Some include:

The contract itself is intended to remove any fear on both sides. Intended parents might fear the gestational carrier refusing to surrender the child. The gestational carrier and their spouse might fear refusal of payment or refusal to honor other provisions of the agreement. The contract sets out specifically what must happen in order for each party’s obligations to be considered fulfilled.

Because Nevada permits so much in the way of ART, it can appear more complex than it actually is. Nonetheless, one of the reasons that independent counsel is required is because a misunderstanding could affect a child’s life in the future. The attorneys at the Kainen Law Group understand this area of law, and know how to handle matters appropriately. Contact our office today to set up an initial appointment.